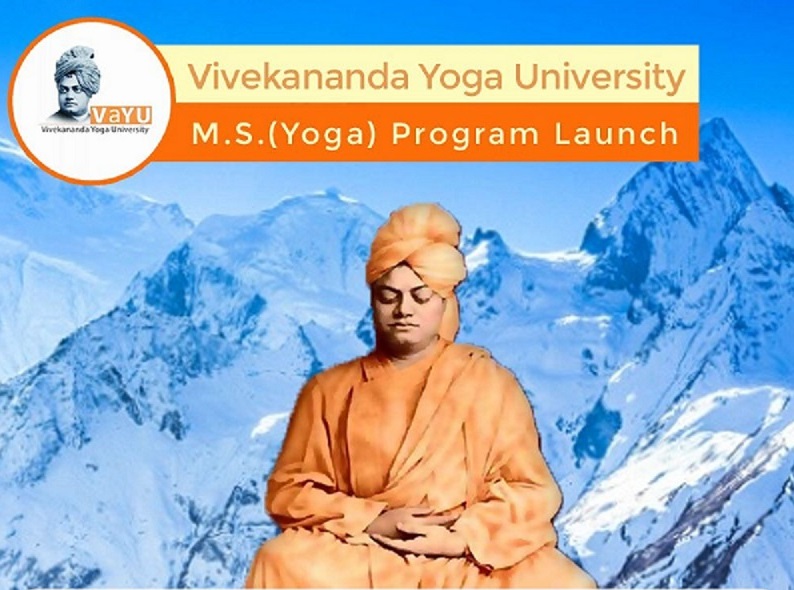 Los Angeles based institution offers online graduate programs, collaborative research across the world.
The world’s first yoga university outside India launched in Los Angeles, California will offer online graduate programs based on scientific principles and modern research approaches to the ancient Indian practice of yoga.
Founded on the principles of Swami Vivekananda’s prescription for universal welfare, Vivekananda Yoga University (VaYU) will facilitate collaborative research, credit transfers and joint programs with multiple premier universities across the world.
Launched as part of the 6th International Day of Yoga celebrations, VaYU was jointly inaugurated by Indian Minister of State for External Affairs. V. Muraleedharan and Chairperson, Standing Committee on External Affairs P.P. Chaudhary, in a virtual event on Wednesday.
The event was jointly hosted by Consulate General of India, New York and Jaipur Foot USA in the presence of prominent members of the Indian community, according to a press release from the Indian mission.
VaYU faculty has been recruited from Swami Vivekananda Yoga AnusandhanaSamsthana (SVYASA) – the first Yoga university in India. SreeSreenath, Professor from Case Western University, has been named its President.
Indian yoga guru Dr. H. R. Nagendra, Chancellor of Swami Vivekananda Yoga AnusandhanaSamsthana (SVYASA) is the first Chairman of VaYU.
In his virtual live message, Muraleedharan noted that Yoga has become a large movement that even with covid-19 restrictions, International Day of Yoga was celebrated with great aplomb across the world.
The university will help thousands of yoga teachers in the US whose yoga education was limited to 200 or 500 hours of certificate programs to progress further into university-based higher education, remarked P.P. Chaudhary.
Sandeep Chakravorty, Consul General of India in New York, mentioned that New York has deep ties with Yoga.
Swami Vivekananda’s journey bought him to New York where he lived many years and wrote books on Yoga. Many years later the resolution to commemorate International Day of Yoga was also passed by the U.N. in New York in 2015.
The university will offer online master’s program in Yoga. The applications for fall 2020 semester are open with the first day of classes starting on Aug 24 in a virtual mode.
The announcement of courses by the university came within three months of receiving official recognition from the Bureau for Private Post-secondary Education, California to offer yoga-based higher education programs in Nov 2019, the release said.
Your email address will not be published. Required fields are marked *

This site uses Akismet to reduce spam. Learn how your comment data is processed.
Let’s connect on any of these social networks!