Working from home, I was finalising the last thing on my to-do list when I felt a heavy silence in the air. As I finished up for the day, I went upstairs to check my phone and saw a condolence message from a family member. That was how I found out my dad had passed away.
Although he had been ill for some time, Dad’s death still came as a shock. My mother confirmed the news, and by that point, I was inconsolable. Since that moment, I’ve questioned my decision to grieve, mainly because he was an absent father. It took a lot for me to make peace with my circumstances and accept the situation for what it was, instead of what I hoped it would be, yet the finality of his death hit me hard. I felt numb and overcome with denial.
After years of no contact, I had reached out to him shortly before the new year because I’d heard that he hadn’t been well. We hadn’t spoken in over five years, so I kept the conversation brief, which is something I now look back on with regret, as it would be the last time we ever spoke.
A few days after receiving the news, I decided to go to the hospital to speak to the nurses who had cared for him. I asked how long he’d been in hospital for and what his final days were like in a bid to curate a picture in my mind. I couldn’t help but wonder why he decided not to get in touch in those final days. There is a small part of me that believes he wanted to. As the nurses divulged he’d been disorientated in his final hours, it made accepting the loss and the lack of communication even more difficult.
“Denial is the first stage of bereavement,” Willis Atherley-Bourne, integrative psychotherapist at Priory Group Hayes Grove, tells POPSUGAR. “We find it hard to believe our loved one is not coming back, and at this stage, it is usual to feel as though we see or hear the deceased person.”
Grief is undeniably difficult to process for everyone, yet I found there to be an added layer of confusion that comes with someone who hasn’t played much of a part in my life. I felt angry at Dad. Why hadn’t he contacted me? Surely I deserved closure, conversation, memories. “Anger is a natural emotion. We may even be angry towards the person who has died, or angry at ourselves for things we did or didn’t do before their death,” Atherley-Bourne explains. I felt this, too. I was annoyed with myself, as I’d also decided not to contact him. Would things have been different if I had?
A part of me will always wonder what could have been if Dad had been an active parent, but I’ve had to find that balance between accepting that it’s OK to yearn for a father-daughter relationship I never had while also acknowledging the fact that I didn’t have that relationship for reasons that were completely out of my control.
No matter how many times you hear “I’m sorry for your loss”, nobody will ever really understand exactly what it is that you are going through. “The pain that comes from grief can be very intense. Life can feel like it no longer holds any meaning, which can be scary,” Atherley-Bourne says. I wasn’t expecting to experience the physical effects of grief, either. With each passing day, I became mentally, emotionally, and physically drained. At one point, I felt a sharp pain in my chest, which doctors later discovered was due to stress caused by grief. According to Dr. Elena Touroni, a consultant psychologist and cofounder of The Chelsea Psychology Clinic, grief can impact the body in different ways, all of which are dependent on the individual. “Some physical symptoms of grief might be difficulties sleeping and fatigue or low energy. On an emotional level, grief often comes with sadness, numbness, and emptiness,” she explains. 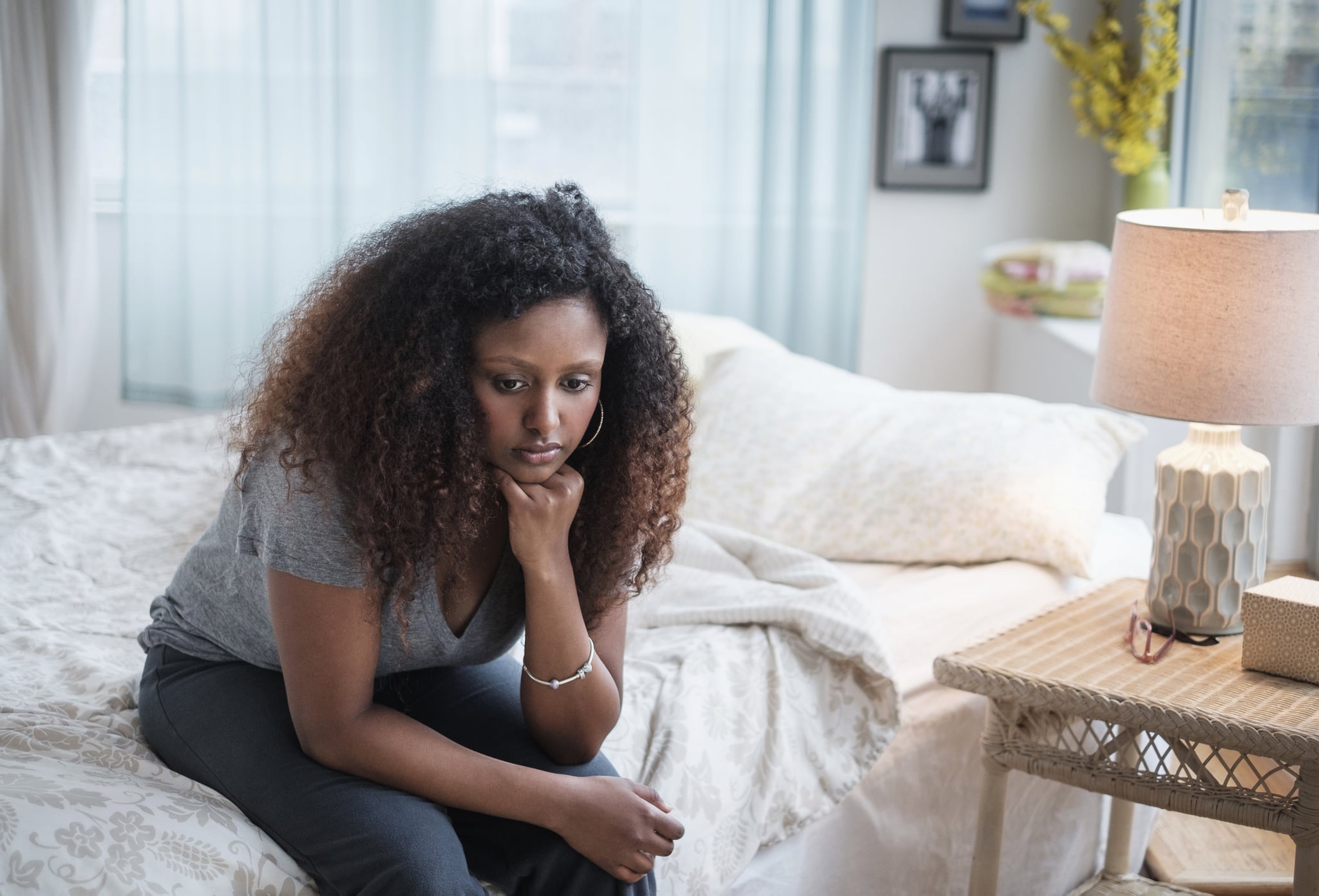 I had initially been trying to ignore my feelings, but I soon realised that this was making things worse. I had to tune into them, especially as I learnt more about delayed grief that can happen months or even years after losing someone. Having a solid support system has meant a lot to me during this time. My family and friends have checked in on me regularly and provided a listening ear whenever I needed it most. “Some people avoid a friend or family member when they lose someone close to them because they’re worried about saying the wrong thing, but this is the time that they need the support,” Dr. Touroni says. Listening to people share stories about Dad has encouraged me to cherish the positive memories I have. My therapist has been helping me navigate through some of the less favourable memories, and this has helped me be more empathetic towards him.
At this point in my grieving journey, I am starting to process what’s happened. There are days when I’m fine, and there are days when I’m not — and that’s OK! I’m learning that grief is a slow process and that getting to this point is never easy. If you struggle to show up for friends or family members when they lose someone they love, support can be given in other ways.
“Ask your friends what you can do to help. Practical things can be helpful in moments like this,” Dr. Touroni explains. Navigating changes in friendships during this time has been challenging. A few friends didn’t really know what to say when I told them the news. One friend didn’t hold space for how I felt and ended our conversation, while another didn’t call or text in the weeks following Dad’s death, which was quite disappointing. In spite of this, I am thankful for the connections I’ve been able to maintain during this time. The friends who have been there for me have given me the space I need to process what has happened while also encouraging me to start doing the things that I enjoy again. “It’s important to experience a sense of life growing around grief. The aim is not to develop a mindset that grief is the only feeling that exists when someone dies,” Atherley-Bourne says.
Reflecting on my own relationship with grief and death has made me see both in a new light. Death serves as a reminder of how fragile life can be, so I try not to take it personally if someone isn’t there for me in the way I hoped they would be. Something else I’ve learned from Dad’s passing is that there’s no such thing as the perfect way to grieve. Putting a ridiculous amount of pressure on myself to experience the emotional, mental, and physical roller coaster grief brings all at once hasn’t been helpful. I know that Dad wouldn’t want me to remember him like that, so as I move forward with my life, I’ll deal with my grief and all it brings with a little more awareness and compassion.
For information on free care and bereavement counselling, visit the Cruse Bereavement website.
by Eden Arielle Gordon 1 day ago
by Eden Arielle Gordon 1 week ago
by Maggie Panos 1 week ago
by Kelsie Gibson 1 week ago
want more?
Follow. Like. Love.